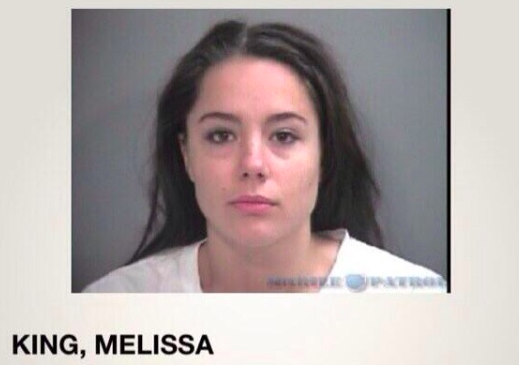 The arrest occurred at the Sigma Alpha Epsilon house during their initiation party. King was taken intro custody around midnight at released at 10:31 the following morning.

King told TotalFratMove‘s Roger Dorn that the arrest was due to a simple misunderstanding, and has since been resolved.

[T]here is a redeeming detail from this story, and it lies in the booking at the Fayetteville police station. King threw a verbal haymaker at the booking officer, one that everyone dreams of being able to say.