Vicki Chase to Celebrate Cinco De Mayo on The All Out Show this Friday, May 5 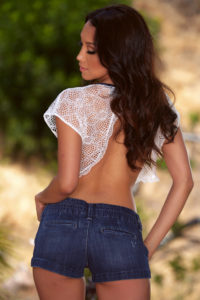 “I’m so excited to party with the famous Rude Jude for Cinco De Mayo! I love his show; he’s quick, hilarious and cute too,” says Vicki. “I can’t wait to see what’s in store for me and I hope all of my fans are able to tune in.”

Vicki Chase has forged her way as the hottest Latina to hit the Adult Scene in decades with her all natural 5’.4’’ stature & sexy 34C-24-36 physique. Vicki has been Nominated for over 20 Awards, won (2) AVN Awards, an XBIZ Award, (7) XRCO Awards, has starred in over 300 featured adult films, from Solo, to G/G, to GangBang, (to name a few). Currently she is running the gamete on social media outlets, such as OnlyFans, ManyVids, Skype Shows, CamSoda, while bringing in an increasing 104k+ followers on Twitter /@VickiChase and over 149k followers on Instagram /@VickiChase, she surely shows no sign of losing steam. Be sure to check out all of Vicki’s future adventures at her website at VickiChase.co